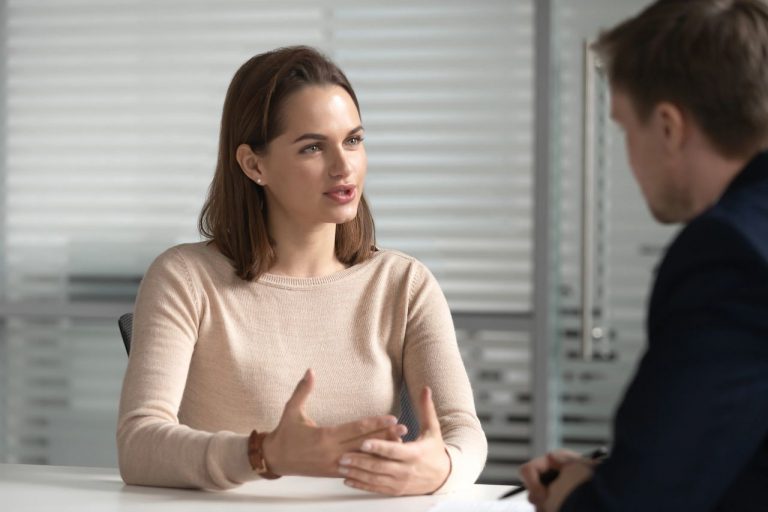 Advocating for Yourself: Just Do It

Advocating is one of those invaluable professional skills, irrespective of what you do for a living. It’s something of a hybrid between influencing (where you’re usually making a softer push) and selling (where you’re making a harder push), and it’s an important blend of the two. Despite its importance, however, advocating is uncomfortable for many people, particularly when it comes to advocating for themselves. It feels boastful or self-serving or careerist. Still, it’s absolutely necessary, and trust us, most of your co-workers are making their own pitches, so if you don’t learn how to advocate for yourself, you’re going to get left behind.

You’re likely already advocating much more than you think, whether it’s for yourself, your team, your manager, or your company. Want to convince someone to do a task the way you believe it should be done? Advocating. Aiming to work on a corporate project for your boss’ boss? Advocating. Seeking a pay raise or a promotion? Advocating. Pitching a new business idea? Advocating. You get the idea.

Obviously, you have to know what you want to be able to advocate for it. Let’s assume here that you do. And as much as you might believe that your manager, his or her manager, your co-workers, or HR know what you want professionally, odds are they don’t. They have their own interests – which may or may not be aligned with your own – as well as many other things on their minds. Even if they do know what you want, they often need to be reminded or nudged to act.

Yes, it’s possible to advocate too much for yourself and develop a negative reputation as a consequence, but most of you should almost certainly be advocating for yourselves more than you are right now. To a degree, even when managers complain about someone being overly aggressive in asking for what they want, they respect that person for their ambition, and they are more likely than not to take action as a result. As the saying goes, “The squeaky wheel gets oiled,” at least in part because most managers want to be liked. When you don’t get what you’re seeking – assuming you’re not asking for too much or being too impatient about it – you get a good sense of where you stand (or don’t) in the eyes of your manager or employer. That’s always helpful intel, even if it’s not the kind of intel you wanted, because it indicates you either need to change others’ perceptions of you to better align with your own self-perception, or it suggests a larger issue that might necessitate making a change. In this sense, you gain, whether you get what you’re seeking or not.

You can advocate for yourself during 1x1s with your manager, if you have such meetings. (If you don't, that's a separate issue.) You can set up an ad hoc meeting for the discussion – or suggest you and your manager go to lunch or have a drink after work, where they’re more likely to be relaxed and open to hearing you out. You can have the discussion with your skip-level manager – and if your direct manager is made uncomfortable by your having such a discussion with his or her boss, it’s an indication that you work for an insecure manager. You can have an advocating discussion in the context of a performance review or career discussion. The point is – there are many opportunities to have these discussions. You just have to do it – it goes back to the notion of being in the business of you, and to owning your own career.

As a simple exercise, consider something you want in your current job situation for which you feel you need to advocate, ideally something you’ve been hesitant to raise.  Then write down the following:

Come back to what you’ve written down in a day or a few days later. Polish it a bit. Make sure you’ve thought through how you want to have the conversation on this topic, with whom, and when, because recipient and timing definitely matter. As an extreme example, you generally don’t want to be asking your boss for a pay raise when the company has just announced layoffs. In any case, don’t go into the discussion half-cocked. Be thoughtful. Test it on a family member or mentor or a co-worker who won’t be threatened by what you’re seeking. Be especially clear on why giving you what you want is in the interest of the person with whom you’re going to have the discussion. Remember that they have their own interests and you’re advocating for yours. And be persistent. It often takes asking for something several times for your manager (or whoever) to realize that you’re serious about it and that it’s important to you.

Once you’ve had the discussion, reflect on how it went. Did you articulate your message as planned? Did you convey why it was important to you? Were you able to address the other individual’s concerns? Did you agree on a concrete set of next steps, even if it was just to continue the discussion within a certain timeframe? Few conversations go perfectly, and you can almost always learn something even when they go well.  Take the time to reflect after these important discussions, so that you are better prepared the next time.

The more often you do this (within reason), the more comfortable it will become for you, and the more comfortable your manager or employer will become with hearing you out. It will become an inherent and expected part of your relationship, and if managed well, that can be incredibly powerful. Remember as well – to quote the Rolling Stones – you can’t always get what you want. Prioritize what’s most important to you and focus on that. But once you’ve narrowed in on what’s most important, don’t be afraid to ask for it. Unless you ask, you’re probably not going to get what it is you’re seeking.