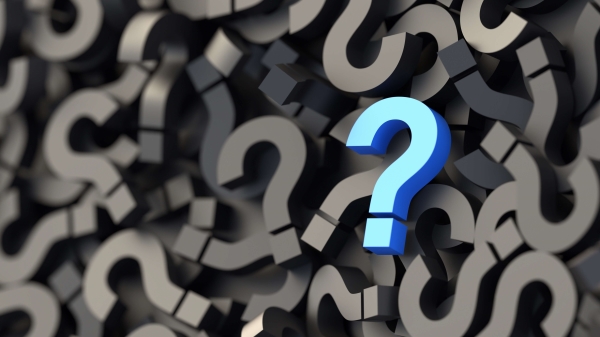 Asking the right questions is a skill that will allow you to really stand out. You don't need to - nor will you ever - have all the right answers. So focus on having the right questions instead. In The 7 Habits of Highly Effective People,  Stephen Covey argues that you should “Seek first to understand, then to be understood.” Covey’s point is that you should listen before you speak, and let’s face it, some of us could benefit from talking less and listening more. This is true not just of friends and family members, but of some co-workers as well. They drown out their work colleagues (and likely their families at home), and they usually don’t listen well because they’re usually too busy thinking ahead to the next thing they want to say. They may think that they’re exhibiting strength and leadership, but in actuality, they’re rendering themselves less influential and therefore less effective.

Do This Instead of Explaining What To Do

Covey may have trademarked the specific language of his habit, but he certainly wasn’t the first to emphasize the importance of listening. Greek philosopher Epicetus said almost 2000 years ago, “We have two ears and one mouth so that we can listen twice as much as we speak.” Apparently even the ancient Greeks had to contend with blow-hards.

A close corollary to “listen before you speak” is to “ask before you tell”, and that’s if you should be “telling” at all. In coaching and mentoring (as well as many therapy techniques), one of the “golden rules” is to avoid telling the coachee / mentee what to do. That’s much easier said than done. For the coach or mentor, it often feels like it would just be so much more efficient to give advice, but doing so defeats the purpose of the coaching / mentoring process. For the coachee or mentee, it can be equally maddening, as they often want the other person to just tell them what they should do. To an extent, being advised or told what to do has the effect of letting the coachee off the hook in terms of the action taken – if it goes poorly, the coach is to blame, rather than the coachee.

In Young Presidents’ Organization (YPO) Forums and similar groups of peers, they take a somewhat different but similarly aimed approach. When one of the group members is presenting a situation with which they want help, everyone else in the group shares a relevant experience. They’re not allowed to (or certainly not supposed to) give advice. It’s a simple but powerful rule that has made YPO’s Forum hugely popular among its members.

While coaching and peer forums take different tacks, both are designed to enable self-discovery by the person who is being coached or who is presenting their situation. Self-discovery is a much more powerful and enduring learning mechanism. The light goes on in the coachee’s head, so to speak, and they’re left with a stronger sense of self-understanding as a consequence. For the coach, the objective is to lead the coachee through this process of self-discovery, through a mix of asking questions and providing for periods of silence. Those moments of silence can feel really uncomfortable – for both parties involved – but they play a key role in self-discovery and self-understanding.

Listening and Asking the Right Questions

In work and in life, the ability to ask the right questions is a real skill. We’ve always considered it high praise when someone is viewed as asking really good questions. Lean and Six Sigma – both still immensely popular in the working world – have institutionalized an approach for asking the right questions through a root cause analysis practice called the 5 Why’s, where the idea is to ask why something happened, and then let the answer drive a subsequent “why” question until the root cause is uncovered. Even if you don’t take such a dogmatic approach, it’s a good rule-of-thumb to focus on asking open-ended questions. As any parent of teenagers can confirm, you rarely get far by asking questions that allow your teenager to give one-word answers. Unless you’re a police officer conducting an interrogation or a trial lawyer questioning a hostile witness, you should generally avoid “yes / no” and similarly closed ended questions.

Former Harvard Graduate School of Education Dean James Ryan gave a commencement speech on questions several years ago that quickly went viral. Eventually he developed his speech into a book called, Wait, What? that lays out five questions that will unlock almost any work or life situation. It’s a quick read and worth checking out.

Learning how to listen more than you speak is easier, in relative terms, for the shy and the introverted, and harder for the extroverts.  This often contributes significantly to the effectiveness of introverts. When they speak, those around them listen more actively, because they tend to speak less. For the extroverts, constant practice is often required to create the periods of silence and to ask the questions that tend to draw others out and not just fill the room (or the Zoom) with the sound of their own voice.

Practicing this skill is especially important for those of us in more senior roles, as a leader has the potential to kill any chance at an open, honest discussion by speaking too early or too frequently, dismissing an idea, or cutting off a line of discussion. In such situations, you can often visibly see others involved shut down and stay silent for the rest of the meeting, just waiting for it to end since they’ve decided that “the boss has spoken.” They often leave the meeting feeling unheard and uninspired. While in most work situations, this is non-ideal, in other cases, this outcome can be lethal. One oft-cited example is in airline accidents, where co-pilots (if they survive the accident) would sometimes admit to having seen the problem but being reluctant to question the pilot’s authority and expertise. Training across the industry now specifically addresses this risk, and it has been shown to reduce accident rates.

Activity: Asking the Right Questions After a Meeting

While most of us don’t work in industries where listening is a “life or death” matter, being a good listener and asking the right questions certainly makes an individual more effective.  As a suggested practice, when you leave a meeting or a 1x1 discussion, ask yourself these questions:

Use these questions as a guide, and they’ll undoubtedly help you be a more effective coach, mentor, leader, or meeting participant. Best of luck!

See our related posts on Essential Skills and on Lifelong Learning